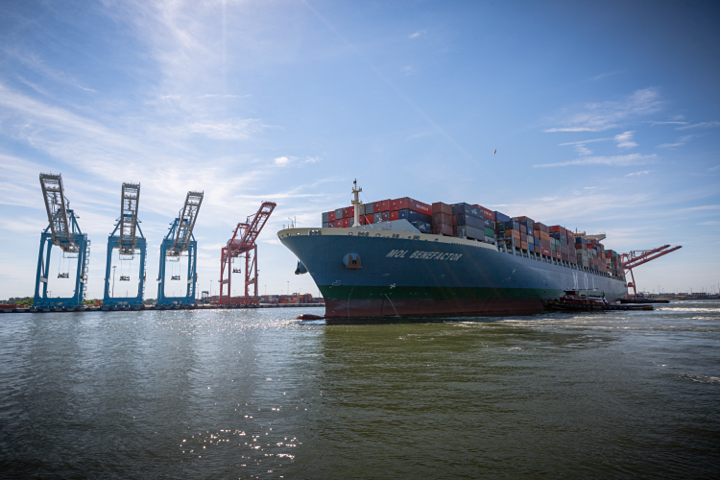 The containers carried by ships, trucks, and trains hold the lifeblood of our economy. Our nation’s ports, including The Port of Virginia, are at the center of it all.

The fifth largest port in America, The Port of Virginia is a vital economic engine for Virginia. Strategically located in the center of the East Coast, with two Class I railroads, serving the Port via on-dock intermodal container transfer facilities, and with the deepest channels on the coast, The Port of Virginia is well positioned to serve the large ships calling the East Coast and provides quick access to America’s inland markets. In fact, 33% of cargo arrives and departs the port by rail, the largest percentage of any U.S. East Coast port.

As a central member of CCALS, The Port of Virginia entered into a research partnership utilizing university expertise to enhance its mission of improving the economy of Virginia through increased trade. Working together on the three-year effort, the logistics project includes strategic plan analysis (benchmarks, capital expenditures, disruptive scenarios), data analytics (operations efficiency, truck turn times, queuing and processing) and simulation modeling and analysis (truck and vessel arrivals, container moves, customer satisfaction rates). The partnership is especially important now as the port recently began a $670 million infrastructure improvement plan that will increase its annual container capacity by more than 40% in three years.

The port is a catalyst for commerce for the Commonwealth of Virginia and serves as a global gateway. A recent economic impact study found that over 374,000 jobs in Virginia – nearly 10% of Virginia’s workforce – have ties to the port. Additionally, more than $60 billion is spent on port-related goods and services each year. The Port of Virginia operates five marine terminals, has a sixth under development, and operates an intermodal container transfer facility in Front Royal, Virginia.

We are excited to share our partners' successes and other news!


Get the CCALS Factsheet