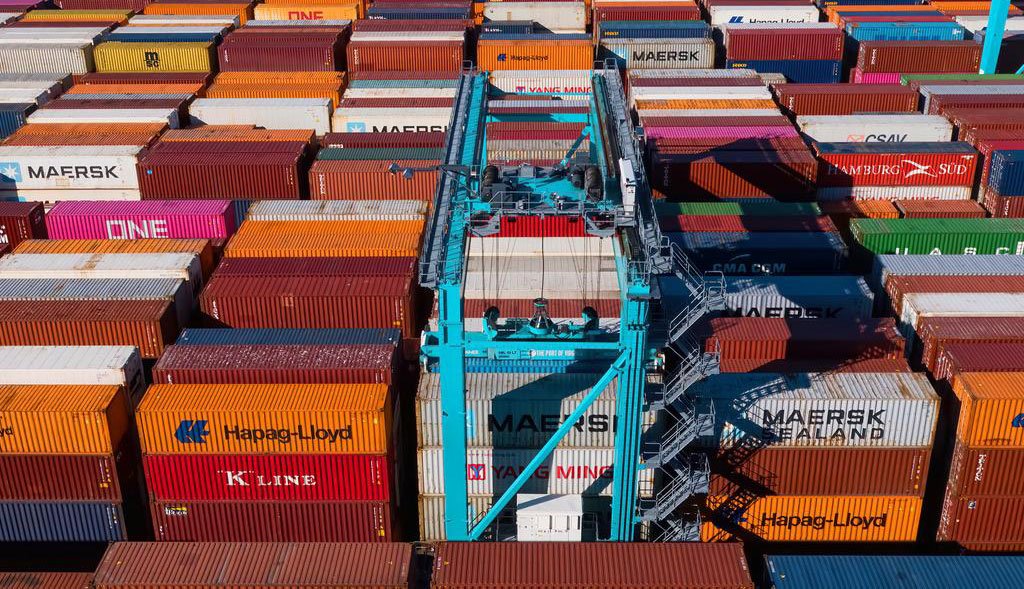 As logistics and supply chain problems continue to plague shipping worldwide, good news has dominated Port of Virginia coverage recently. The port’s container volume growth was the fastest in the country, said Virginia Port Authority CEO and Executive Director Stephen A. Edwards in his recent “State of the Port,” presentation. It has continued to operate during the pandemic – in large part, according to Edwards, due to the commitment of its employees, and fact that the port owns and operates its terminals and equipment, which allows quick, efficient decision making.

The port also benefited from upgrades to its two primary terminals, increased rail capacity, additional cranes, and solid chassis supply, and dredging is underway to increase depth and width of the port’s channels. In addition, Edwards highlighted the port’s commitment to sustainability benchmarks: net zero carbon emissions by 2040 and 100 percent clean energy by 2032 (and that goal may be achieved as early as 2024).

Thursday’s event was Edwards’ first State of the Port Address since becoming the CEO and executive director in January 2021. The port is a longtime CCALS member and collaborator.

See the 2022 State of the Port Presentation »