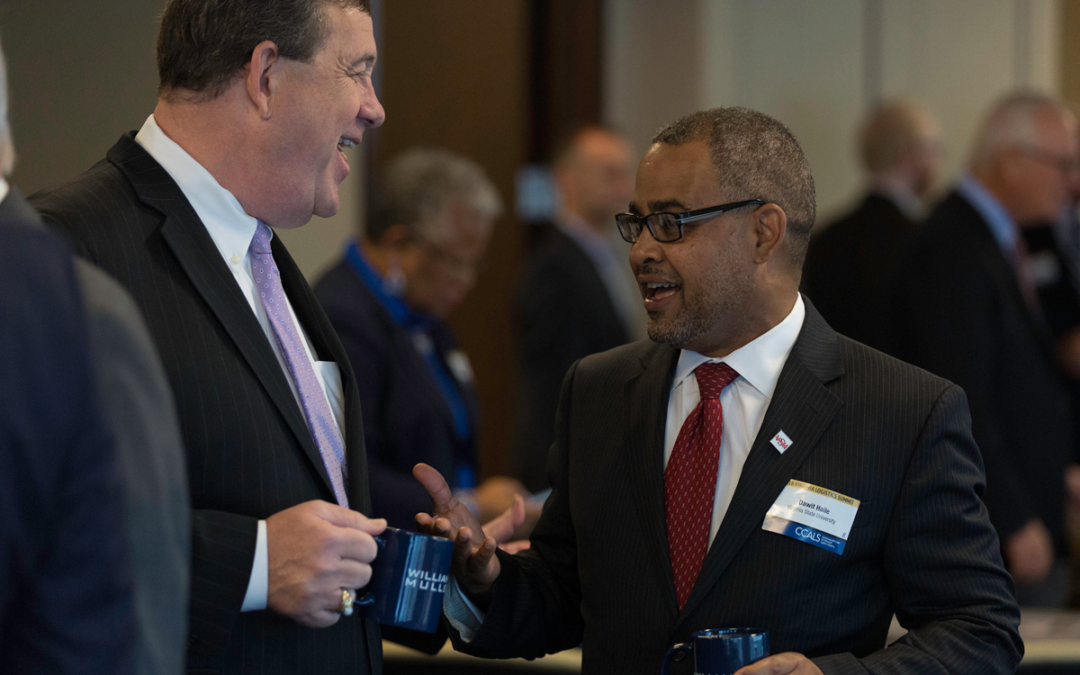 Gottschalk, a Naval Academy graduate and former Chair of the Economic Development Team at Williams Mullen, served as an Ex-Officio Board Member and Counsel at VEDA and as Virginia Secretary of Commerce and Trade. The award nomination called Gottschalk a “gentleman who volunteered his time and expertise to benefit VEDA (and) his pro bono work to benefit the organization would have cost many thousands of dollars in the marketplace.”

CCALS also benefited from its association with Gottschalk, who retired in May 2022. “Pat was much more than legal counsel,” said CCALS Board Chair Dawit Haile. “He was a trusted advisor, a network builder, a strategist, an advocate, and a true friend. His counsel has always been well thought out, measured, and effective. We were lucky to have the opportunity to work with him.”